As the technology is growing at a rapid pace, the demand for mobile apps is also increasing in terms of technology. If we talk about mobile app development, we all know that iOS and Android both are doing extremely well in their respective areas. Mobile app developers are continuously learning and working on new emerging technologies for crafting beautiful and high performing mobile apps.

React Native and Flutter, these two are cross-platform app development frameworks that companies are adopting fast for the need of effective mobile app development.

Let’s have a look at Flutter VS React Native Comparison

What is React Native?

React Native was created by Facebook which is an open-source mobile application framework used for building intuitive applications for iOS, Android, Web and UWP. It is written in JavaScript and that too with the help of React. React Native Development service is JavasScript based and that makes it a popular programming language across the world. As finding out developers who know javaScript is an easy task and that’s why any JavaScript developer can learn React Native easily.

Some popular applications which are built with React Native 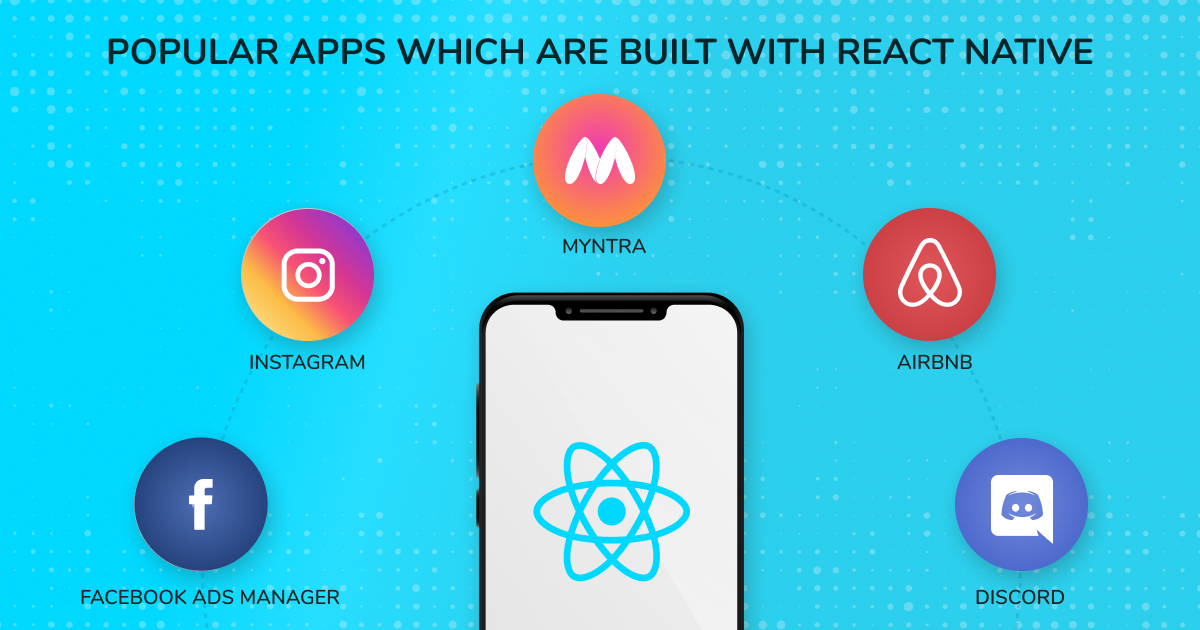 The architecture of React Native revolves around mainly two patterns in creating React or React to native applications which are Flux and Redux. Flux is created by Facebook, the Framework creators whereas Redux is considered as the most popular option in the community. Both of the frameworks have unidirectional data flow and the application’s state can be stored in the central place known as Store. This can make the components of your app as stateless as possible. Also, you can make use of Context API that is a new-fangled feature of React for managing state.

React Native app development is present in the market for many years and there is no doubt in saying that it is a well-known and popular framework. The popularity of React Native is tremendous among native application developers who know JavaScript very well as it uses this language to crafting high-performing mobile apps. It has huge popularity and recognition on GitHub and Stack Overflow platform. 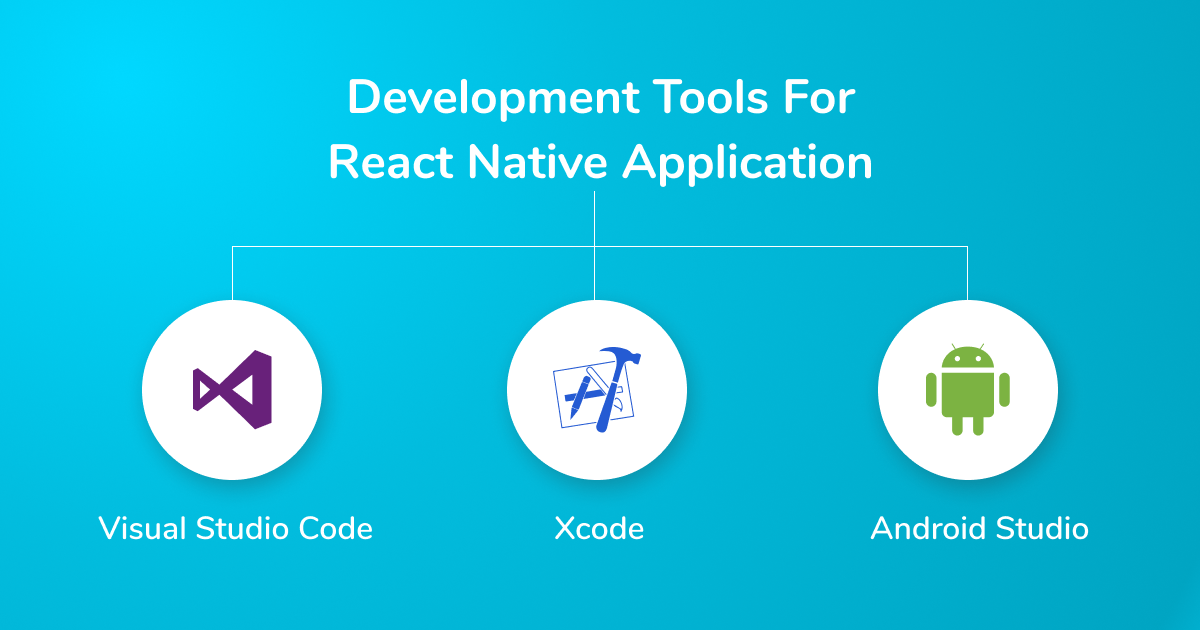 The best thing about building React Native is that it takes very little time in the whole development process. The framework consists of different ready-to-apply components that escalate the process quickly.

2.) Multiple Platform under one Framework

React Native technology has the most simplified UI which adds a huge benefit in making the mobile app look beautiful. If we talk about native development, then you will be required to build a sequence of actions in the app. React Native engages declarative programming in which the order of actions is decided. Hence, it becomes easy to find out issues on the paths where a user will take.

4.) Hot Reload on save any file

When you save any file of the react native project(>= 0.62 version), The App will reload automatically. No need to enable/disable Hot reload now.

It's very simple to debug the code from Google Chrome console and check the logs or any events.

1. Not much smooth Navigation

React Native is still in its beta phase as it is already been tested in a production environment by Facebook, Skype and more such giants. There comes changes in the tools and its dependencies in between its versions often.

Despite its huge popularity and maturity, React Native lacks some of the components. But you will not be facing any problem while using it as the majority of custom modules that you required are available and working properly.

3. The need of Native Developers

Launching some of the native features and the need for modules consisting of detailed knowledge about that particular platform. It might lack some of the out-of-the-box support for native app functionalities can be an important issue with React Native app development.

Flutter was created by Google and is an open-source UI software development kit. It is mainly used to build applications for iOS, Android, Mac, Windows, Linux and the web. Flutter supports cross-platform app development. It provides a simple way for developers to create highly-attractive and natively-compiled applications for mobile, web and desktop and that too with a single codebase.

Some popular apps which are built with Flutter 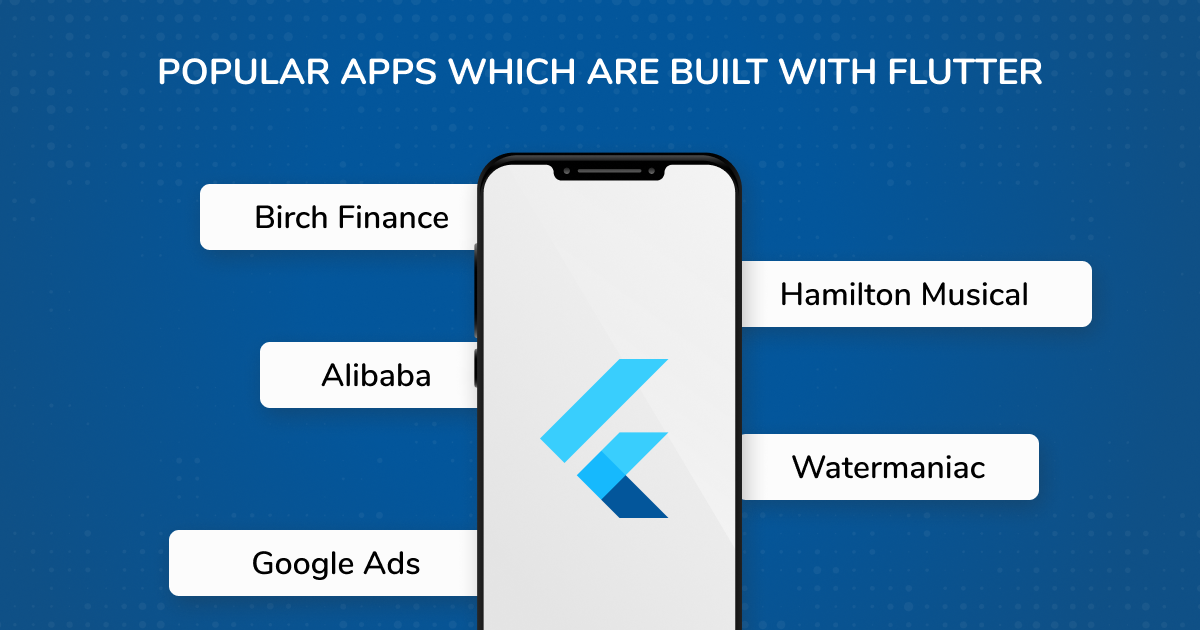 If we talk about the ecosystem of Flutter then it has been observed that it is far behind react Native as React Native is present in the market for years. React Native is well established with a lot of packages in the market and Flutter was released after the release of React Native. But still, Flutter is continuously trying to match up at a tremendous rate. As it offers a lot of packages for mobile development for diverse public use. Flutter ecosystem is driving the whole momentum with full dedication to the community. Currently, there are 1450 packages present for Flutter on the official site darling.org.

Flutter is a young framework that everybody thinks to implement in their application. There are quite a few architectures that are famous around the Flutter community. You can make use of BLoC architecture that stands for business Logic Component. Google has depicted the Flutter architecture in the Dart Conference which was held in 2018. It states that the business logic has been removed from the presentation layer and has been placed in the components of business logic. The BLoC pattern depends on streams and Reactive Dart which is a good tool for understanding streams is Rxmarbles. Also, there are some other architectures that are present in the Flutter and if you are comfortable using Redux or Flux, then you can use the defined patterns. There are some packages in Flutter, you can use that also to make it possible.

Flutter has become a highly popular framework in just a few years as compared to React Native. Also, it has strong popularity in communities of both GitHub and Stack Overflow. It gets widespread adoption by developers as they found it easy to use for creating mobile apps. 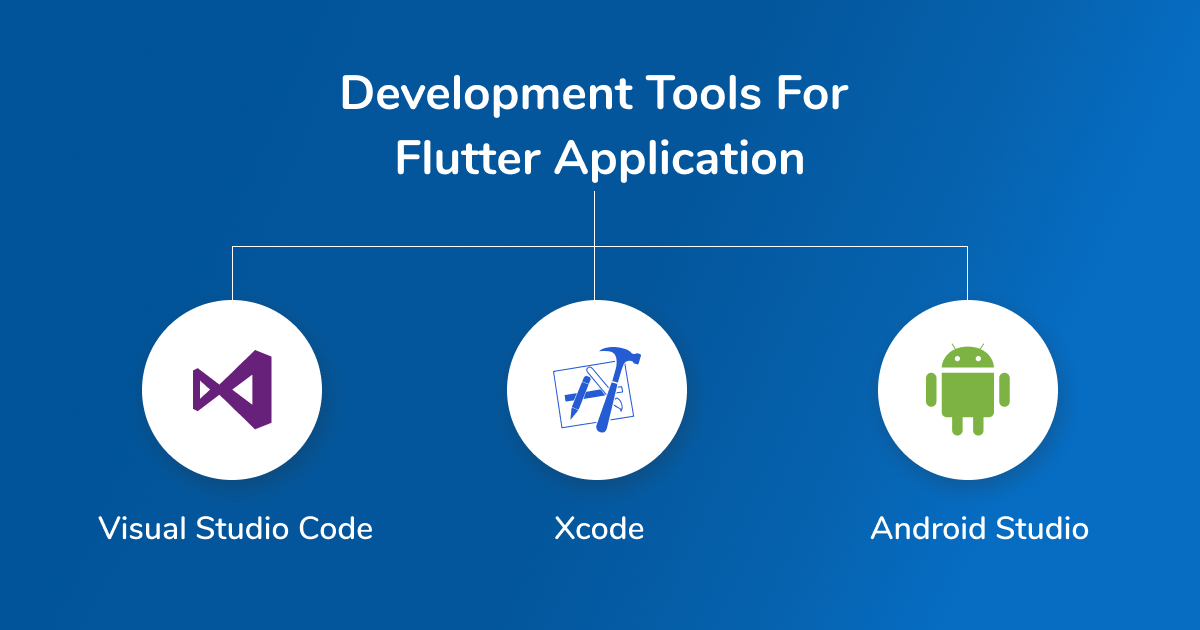 As both iOS and Android mobile apps are built with Flutter by using the same code base, so there is no need to repeat the whole same process for building another app. Flutter develops such apps that work for both Apple and Google Platform without any problem. This will directly save the coding time of your development team and you can get more business opportunities to launch on both platforms.

If there is one thing needed to convince anyone for using Flutter is it’s hot reload. This awesome feature allows seeing the current code changes in real-time without the need to restart the app. All these are done because the updated source code is being injected in the running app and Flutter automatically rebuilds the widget tree and hence you can see the changes in real-time.

Flutter does not use any OEM widgets and hence there is no JavaScript bridge for reactive views, the app performance, especially for startup time, is noticeably faster as compared to non-Flutter apps.

Flutter is a new framework which has been introduced in the market just a few years ago. So for those who are looking for some online help or support from any community then it could be a little tricky to found some solid data on it.

Flutter has the biggest advantage of using the same code base for creating both iOS and Android app but this can be its biggest disadvantage for some. The Flutter framework is designed for cross-platform, universal apps. You can use Flutter for platform-specific projects that make use of platform provided view or is attached to more than one platform than another is not the good choice.

Flutter apps are made using built-in widgets not the platform widgets and that’s why their size is usually bigger. The current size condition of the Flutter app is a minimum of 4MB but the Google Team is working to optimize it. 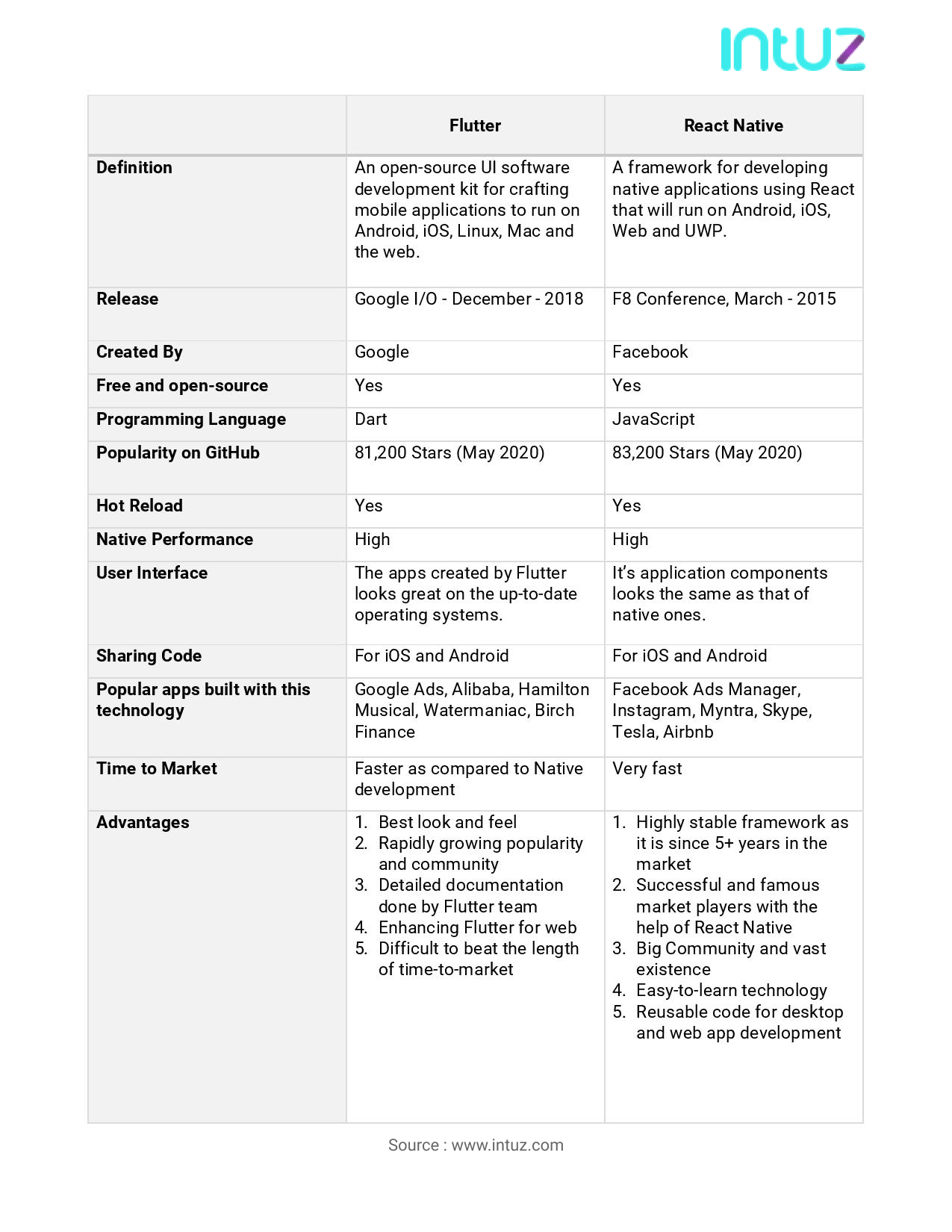 Is flutter better than react native?

The rank of Flutter is 75.4% as compared to React Native which has made the cut with 62.5% in the list of most loved frameworks. But there is one thing you must keep in mind and that is React Native has been introduced several years ago and many people are already working on it. On the contrary, flutter is only a few years old and is just started to get popular.

Flutter is better than React Native but we can not say that it will replace React Native. Several things in Flutter are better like, the stateful widget Flutter that gives a place to store and change the data dynamically but this would be similar to React or React Native.

Which is faster Flutter or React Native?

If we talk about the speed and performance, then there is no doubt in saying that Flutter is faster than React Native. React Native is not compiled to native code which makes it less performer as compared to Flutter.

What language is flutter?

Flutter uses Dart programming language which Google introduced in 2011 but is rarely used by developers. It is easy to understand for JavaScript or Java developers because it supports object-oriented concepts.

What is Flutter used for?

Flutter is an open-source framework that is used for developing applications that will run on Android, iOS, Mac. Linux. Windows, Google Fuchsia and Web.

What companies use react native?

Here is the list of companies who are using React Native -

What companies use Flutter?

Here is the list of companies who are using Flutter -

It is difficult to declare anyone winner in the race of React Native vs Flutter 2020 comparison. But we have tried to cover all the essential as well as important points about both React Native and Flutter. Both have their importance, benefits and usage as per the industry demand. So make sure which framework you want to use for developing the best mobile app.

We at Intuz are doing a flawless job in serving the best in class React Native app Development services for diverse industry sectors. Our developers are talented enough to manage any level of complex projects and have fun confidence to deliver the best result at the client’s end.

Technology evangelist, driven by a passion to innovate and create platforms and solutions.
Since 2005