Swift vs Objective-C: Which is Ideal for IOS App Development?

If you’re a web developer and want to create amazing apps and websites, the first thing you need is to freeze on a programming language. iOS app development  is one of the most promising spheres for mobile app developers around the globe. For developing iOS apps, two of the most popular languages contending each other are Objective-C and Swift. Both of them are among the top-paying tech skills in the United States. 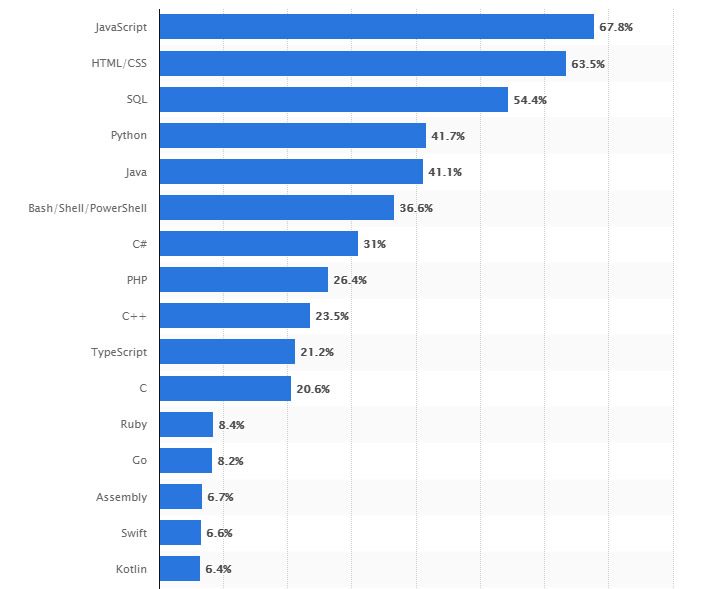 Most web developers started their journey of developing iOS apps with Objective-C. However, coding with it was not exactly a breeze. It was easily one of the toughest languages to learn and the syntax wasn’t user-friendly too. With the introduction of the Swift programming language in 2014, iOS app developers and development companies got an alternative to Objective C as it was way more flexible. Now more than 77.6% of developers prefer Swift over Objective-C for iOS development according to a Stack Overflow Survey.

The Evolution of Swift and Objective-C

Objective-C is a compiler-based language that emerged in the 1980s. After being acquired by Apple, it became the primary language for developing iOS and OSX apps. After Swift came into the market in 2014, this stable and long-running code became obsolete to a certain extent. Swift is an open-source language that is known for being extremely simple and clear. The major difference between Objective-C and Swift is that the former while being an addition to C and C++, has abandoned all their complex and outdated elements.

Swift has several advantages over Objective-C because of its modern features. These are:

Thus with Swift, developers have to write lesser amounts of code than in Objective-C to achieve the same results. It can also reduce the number of crashes and increase the speed of development. No wonder Swift has found itself in the list of most-used programming languages and is slowly growing in popularity 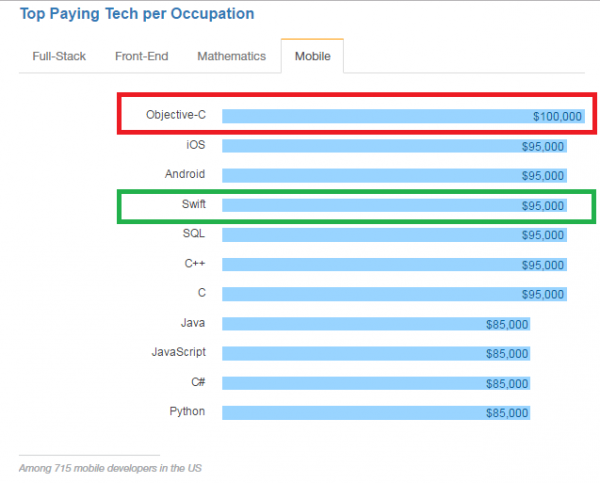 Although Swift has been rising in popularity, there hasn’t been any clear winner as yet. There are some advantages and disadvantages to both the programming languages which make it important for a developer to learn both.

Swift Vs Objective-C for iOS Apps

Now that you’re aware of the pros and cons of both these languages, let’s compare them to come at a decisive conclusion:

Swift Vs Objective-C at a glance :

Which Programming Language to choose for iOS App Development?

Swift has several advantages over Objective-C which brings many questions as to the future of Objective-C. With constant updates, Swift is slowly turning into a mature language too. Apple continues to provide support for both Objective-C and Swift. Although Swift seems to present more benefits at face value, you shouldn’t completely discard Objective-C. Both have their own set of pros and cons that are suitable for specific projects. While Swift is easy to use, Objective-C is more stable.

Before you choose a specific programming language, it’s important to consider the experience of your team and the specifications of your project. For example, if you have a set of developers adept in Objective-C, there’s no point trying to migrate to Swift.

Although Swift offers a lot of exciting opportunities, there are certain times when you should be sticking to Objective-C:

Apple introduced Swift as an upgrade to its old language, so it’s natural to go for the recent one. However, before doing so, make sure you ask these questions:

Swift and Objective-C are both great programming languages that offer great capabilities to iOS developers. It is not a discussion of the superiority of Swift over Objective-C. Both have their own abilities and shortcomings and developers use both languages in a syndicate to promise best results to the end-clients.

iOS offers a great potential customer base for businesses, so it is integral that your app finds its way to the App store. However, Apple has a rigorous review process for their apps and many apps get rejected because of their shoddy coding or design.

We ensure that we’re up to date with the latest know how and tools in iOS app development and keenly follow all of Apple’s guidelines and recommendations when it comes to app design and development. This is why all our apps have found acceptance on the App store with little to no changes requested by Apple’s app reviewers.

If you’re looking for a trusted partner to develop your iOS app, schedule a free consultation to get started.